About him
Jack Lowe is a typical boy next door, plays football, baseball, is on the debate team, and every girl in school wishes they were riding in his car to school every morning. Jack has it all, the looks, the car, the body, but he does not have the grades. And if he can’t get into college, all the looks in the world won’t get him anywhere. So, his mom has decided to recruit a tutor for her hard-working son. We are sure the tutor will be able to work him nice and hard.
Model Type
Big Dick, Boy, Brown Hair, Slim, Tattoos
30
Jack Lowe appears in this scene
Out Of This World Handy 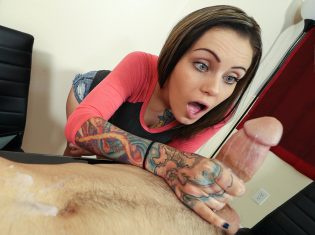